Is language a barrier to IoT adoption in developing countries?

This article will discuss the developing countries and how their quality of life could drastically improve through the Internet of Things (IoT). We will also talk about the role of translation in securing a smooth transition for these countries. But before we start, let’s first discuss what IoT is? According to the IBM Business Operations Blog, IoT is defined as “a concept of connecting any device to the Internet and other connected devices.” IoT is a vast network that connects things and people and gathers data on how the devices are being used and the environment where they currently are. Examples of IoT in our everyday lives are everywhere, from smart home aplliances to personal devices such as smart wristband, to large-scale solutions for urban services, industry and agriculture.

However, for developing countries, this is not the case. Even though we’re living in a technologically advanced era, many of them struggle to catch up to their first-world counterparts. If you want to learn more about how language gaps add another layer of issues for developing countries that are already at a disadvantage with technology, keep on reading!

Many have pointed out that making internet connectivity accessible to developing countries is but an arduous task. According to a research article entitled, ICT Barriers and Critical Success Factors in Developing Countries, several researchers have pointed out that Information and Communication Technology (ICT) would develop platforms and systems and, in turn, create an information-driven society. Why is this relevant to IoT?

ICT is important because it refers to audio-visual systems, telecommunications, and computer networks involving the internet, a key component of IoT. In the above-stated article, the researchers found 43 ICT barriers, and a part of these barriers was "lack of language skills." In 2012, the United Nations Conference on Sustainable Development in Rio de Janeiro, part of the conference involved IoT Sectors to the universal call to action to end poverty, ensure peace and prosperity, and protect the planet that needs to be accomplished by 2030. According to some experts, they predict that by 2025 there will be an increase of 40% in the IoT sector, coming from developing countries. Because of the integration of IoT across different essential sectors like agriculture and construction, many say we're entering the fourth industrial revolution. That's good news as almost everything nowadays is automated or can be found online. But with the internet's content mainly in English and the education for IoT-related skills primarily in English, are developing countries prepared for IoT?


Language is one of 43 ICT barriers for developing countries and thus an obstacle for IoT adoption.
click to tweet.


According to an article by The Borgen Project — a non-profit organization dedicated to ending world hunger and poverty, many assume that English is crucial for progress in developing countries. They believe that through Employability, International Mobility, Development Opportunities, and Neutrality or as a neutral language used when an institution has several dialects with "complex social connotations." However, sadly, in most developing countries, English is only used by a select few who use English as their mode of communication, and they're usually in government, military, business and finance, academic and science fields. A Sierra Leonean wrote in 2020 that even though schools teach English and government institutions that use it, the vast majority of the population does not use it. The writer then states that citizens in the working-age from 18 to 40 are struggling with English and that many opportunities are not available to them if they aren't proficient in the mentioned language.

Despite all of this, a study from the British Council found that developing countries that implemented English into their educational curriculum increased by 25% in earning power. However, they saw that the urban elites had the most benefits when it comes to speaking English as they had better education and job opportunities. This is problematic because if we want the UN to ever plan on achieving their goals for 2030, they have to make the technology accessible not only to a selected few to the vast majority in a developing country. Other than finding funds for IoT-related development and programs, most IoT research and information are in English. This is an issue because finding a local workforce specializing in this field in non-English speaking developing countries would be very difficult.


English is crucial for progress in developing countries. However, only a minority has access to English language education. This makes IoT adoption extremelly difficult.
click to tweet.

This is where language service providers play an essential role in ensuring that IoT information and data are accessible to the vast majority of the population instead of a selected few. According to an article by the Berkley News entitled, "Is English the lingua franca of science? Not for everyone.", the English language is primarily used for well-established research journals. Many non-Native English-speaking researchers don't bother publishing their works and have decided to stick with their mother tongue to conduct their research freely. Not only that but science is most often being taught in English, which studies show students are less likely to participate in class discussions if it's not in their mother tongue. Regarding IoT, this is a concern because how can you have a robust local workforce when a large percentage of the population doesn't speak the language being used to teach it. Another factor we have to consider when implementing IoT into a developing country's society is how to make it accessible to almost everyone and not just the elite. This is why we believe that localizing and translating IoT educational courses, IoT devices, and services would speed up the implementation of IoT in the lives of developing countries.

And so, it would be crucial that in the following years to come, IoT developers planning to integrate their tech to developing countries should hire the best translation services in the market that can efficiently integrate their software and technology in different languages and dialects. You'll be able to find several companies that can provide world-class translation services by looking into news and blog articles about this matter. An example of this is from an article by Tomedes that provides a list of the best translation services in the industry and what they offer, from computer-assisted technology to their language service specialty. They also stated in that article that the language service industry would continue to grow. According to an article written by Slator — a language industry and information provider, they said that the translation and localization industry would continue to grow by 10% in 2021. Despite the first half of 2020, it had a noticeable slight dip in demand for language services. Slator states that the language industry has shown remarkable resilience even with the pandemic on going.


Localizing and translating IoT educational courses, IoT devices, and services would speed up the implementation of IoT in the lives of developing countries.
click to tweet.


Does IoT really improve the quality of life?

Appeal to novelty fallacy is when someone prematurely claims that an idea, object, or proposal is superior or better. How are we sure that quality of life has drastically improved because of IoT? Are we not just bolstering an idea because it’s the trend and everyone says it is better?

An article by the World Economic Fund cites six different ways that IoT is improving our lives, like smart cities. IoT devices in these technologically advanced cities help reduce traffic and pollution and lessen water, electricity, and energy usage. It allows the agricultural sector to cut down fertilizer and water consumption while assisting farmers in monitoring temperature changes and extending the shelf life of products while eliminating waste. IoT significantly benefited the field of medicine in aiding prenatal genetic testing and fighting off breast cancer.

However, according to State University of New York (SUNY) Cortland, with all the good things that come from IoT, there are three disadvantages caused by it, as follows: breach of privacy, over-reliance on technology, loss of employment. With how interconnected our devices and appliances are, hacking and breach of information can quickly occur. According to an article by CISO MAG, they listed ten ways hackers have breached information, from having control over smart security cameras sold off on Amazon to fax machines exposing company information to hackers. It’s not only companies that are at risk when it comes to security and information breaches. According to a news article from Fox6 Milwaukee, a couple who owned a Smart Home was plagued by an unknown hacker. The couple claimed the hacker had access to their Wi-Fi and their Nest. Their thermostat had the temperature of their home up to 90. What they thought was a simple glitch was just the beginning of their hacker’s activities. They then suddenly heard a voice speaking through a camera in the kitchen and vulgar music being played. They had changed their passwords twice, but the hacker kept terrorizing them until they finally contacted their network provider and changed their network ID; the hacker’s activities finally stopped.

Another issue that many individuals saw in this age of technological advancement is that people are becoming more and more reliant on technology. It’s not necessarily a bad thing, but as mentioned above, overly relying on devices and technology can lead us to be at the mercy of security and information breaches. No matter how flawless a program or software is, there is no perfect system. Glitches and a system crashing happen, which is why it’s problematic to rely on IoT entirely

Finally, IoT means that a lot of conventional jobs are being replaced by robotics and AI technology. According to experts, by 2030, employment from these sectors would most likely be automated in industries such as manufacturing, customer service, admin staff, and retail. It’s considered the fourth industrial revolution that would happen to humankind. The challenge that both private and public sectors have to overcome is how to provide the means for training and education for millions of people whose livelihoods depend on the industries mentioned above. This involves updating the school curriculum, corporate and government educational programs, and restructuring the societal workforce.

It’s useless to stop the wheels of progress once it’s in motion, and the benefits from IoT outweigh the disadvantages. There is still a significant amount of time before this occurs, and many countries are now creating programs and policies to catch up with the changing times. Now more than ever, the language service industry is needed to ensure that developing countries are provided with translated educational materials and training and localize IoT software and everyday devices commonly found in first-world countries more accessible and understandable to the majority of the developing country’s population. The issues that we brought up are important to consider, especially if any company from these developing countries wishes to explore IoT. You might also want to check out this article, published in this same blog, that discusses how even though IoT is relatively new compared to other industries, several IoT projects have failed over the years. They wrote some sound advice about this matter.


The benefits from IoT outweigh the disadvantages and many countries are now creating programs and policies to catch up with the changing times and address potential issues.
click to tweet.


One way of mitigating the cultural and linguistic hurdles in incorporating IoT into these developing societies would be through language service providers.
click to tweet. 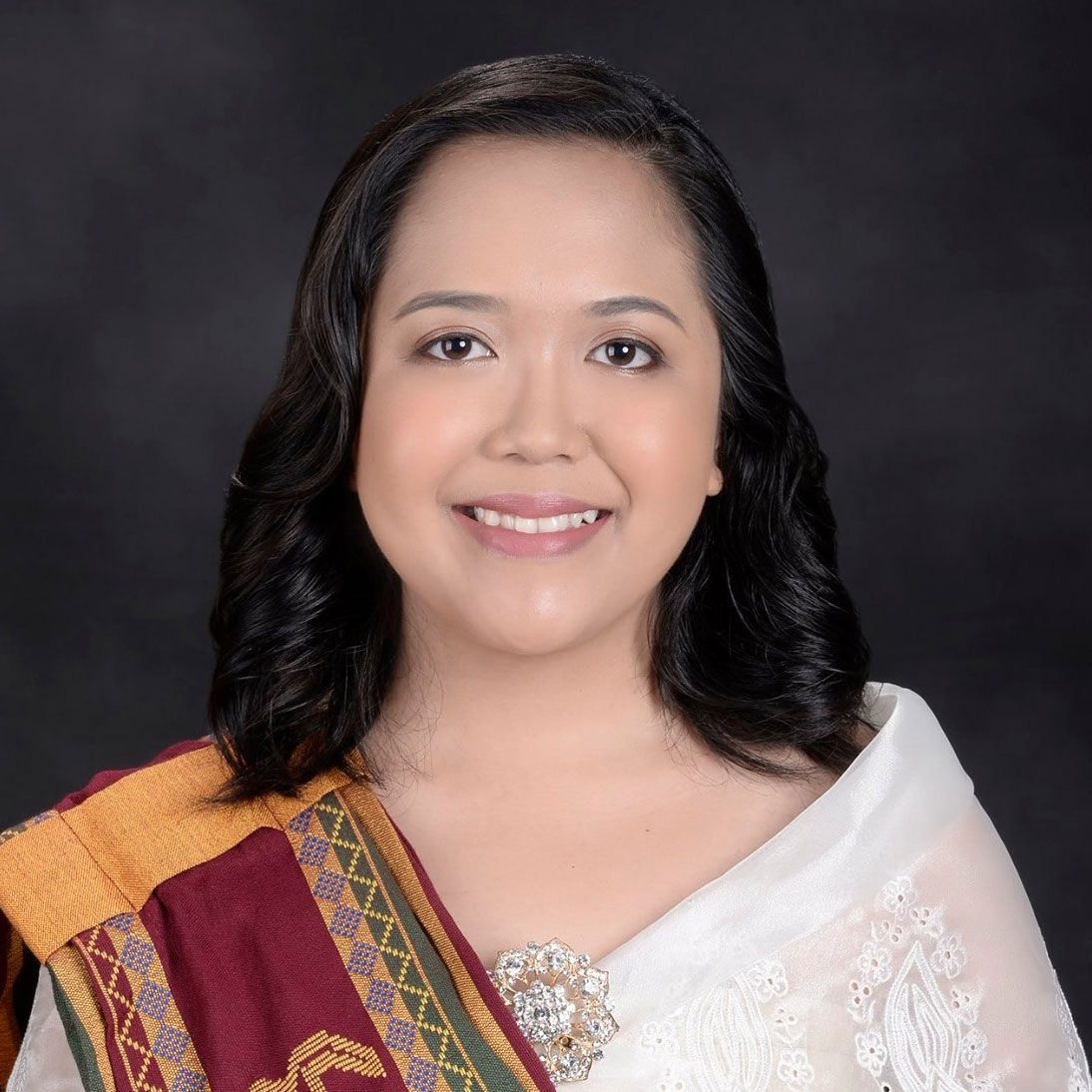